COVID-19 and Suicide: A Crisis within a Crisis | 2 Facts Explained

Suicide is common nowadays. COVID-19 and Suicide: A Crisis within a Crisis is a key public health concern in Nepal. It somehow linked with COVID 19 and the lockdown. During the lockdown, people suffered from mental illness such as anxiety, depression, fear of getting illnesses including different problems. All these reasons have some connections behind the increase in suicide cases if they are not addressed on time. Even people with no history of mental illness become vulnerable nowadays. They were severely impacted.

People are stuck inside the home. People who are already at high risk of being stressed are more likely to succumb to suicide.

It has been projected that in 2020, suicide accounts for one death every 20 seconds, and the large majority of those occur in low- and middle-income countries  (WHO, 2016).

Why people go to such extremes in COVID-19?

People commit suicide for various reasons, mainly driven by socioeconomic and psychological factors. Émile Durkheim, a French sociologist, in his 1987 book ‘’Suicide’’ presents a sociological study of suicide. He says that suicide can have origins in social causes rather than just being due to individual temperament. COVID 19 crisis has increased the risk factors for suicide. People have lost jobs and income, they are socially isolated, while others who require treatment and counseling are devoid of the service. 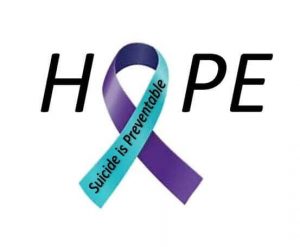 Family and friends can play the greatest role. Multi-sectoral coordination is needed to tackle the mental health crisis. The mental health issue is growing by the day and there is an urgent need to formulate a national strategy and action plan to address the mental health and suicide-related issues together.

Have An article ? Get Published With Us

Drop Your article at [email protected]

Your Response after reading this article

How is your bowel movement: Regular or Irregular? | New 2+ facts Explained

Impact of COVID-19 on the global leprosy...