Is self-medication good or bad? | Everything you need to know

Self-medication is entirely a human behavior in which a person tends to use any substances for the purpose of self-administering the treatment for any kinds of physical or psychological discomfort. In a simple term, it’s the use of medicine by a person to treat any symptoms or conditions without consulting a physician. Generally, over the counter drugs are the most widely self-medicated medicines. So,Is self-medication good or bad?

The factors affecting self-medication could be:

A research done on WHO SEAR Region in the year 2016 in the title prevalence of self-medication on antibiotics showed a total of 26.2% medical students practiced self-medication. One can just imagine how vulnerable the situation can be for the general public!

What can be the causes of self-medication?

Is self-medication good or bad?

Although self-medication equips us with some merits as like the widely decreased and  reduced physician fee , instant solution of the problems , reduced absenteeism from study and work and enhances the privacy related to  disease condition , it’s not a wise idea to self-medicate . It’s rather a stupid idea as it brings out unlimited negative effects. The such effects could be :

Self-medication itself comes with various danger signs as the mis diagnosis leading to wrong medication results in various problems. The human body can be resistant to the microorganisms in our body due to unusual intake of medicines in a haphazard way. This can lead to quick relief from the problem which may be good for a short period of time but can be problematic in the long term basis as it may evolve gradual side effects .This can cause a person move into drug addiction as taking drugs on own can make him/ her take it more often. Death can also be observed in some conditions when self-medication goes a long way ahead the body toleration limit. As the body can’t handle it anymore, the body can relapse.

“With endless pharmacological supplies at our fingertips, we do not need to penetrate the motives behind our actions, feelings, transgressions, dreams, and phobias. High on chemical substances we can remain stagnated in an infantile mental state. Without introspection, we foreclose ourselves from gaining the insight that allows us to navigate adulthood’s ceaseless demands.”
― Kilroy J. Oldster, Dead Toad Scrolls

How can we prevent self-medication?

The process of self-medication should be prevented and limited as soon as possible because of the various negative effects seen. We can prevent self-medication by being aware on it’s negative consequences. We can stop buying non prescribed drugs on own. Even if the same drug prescription is in the house already for a prior same disease condition, one should again go for the physician consultation. If a person encounters the same symptoms for which he was treated before , he should not take the same medicine as prescribed by the physician then because disease may have similar symptoms but may be different in actual . The pharmacists should not sell medicines without the prescription.

To conclude with, self-medication is an alarming devastating concept. The self-medication is not a wise choice to treat for disease condition. It’s rather compulsory to consult with a physician for the treatment of disease as they are the specialist in it. They work in the same field and are capable of handling the disease condition since they have years of knowledge, practice and experience in it. No any other person except them can suggest us better regarding our health and wellness. So at last but not the least, let’s not self-medicate and not allow people to self-medicate as our lives matter a lot.

1) A document on Self-medication WHO 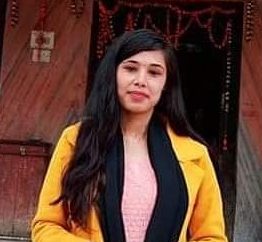 Surakshya Devkota
A girl having a dream to achieve a goal in writing along with study .
www.nepalhealthmag.com
self medication
Share
previous post

You should know your Mental Health | ft. 8 myth buster